Workplace bullying is for real! I recently took a class on workplace bullying. I learned that more than 30% of Americans have been bullied at work. This is crazy, but some of the things that I’m going to share with you actually happened to me in one of my previous jobs.

While I don’t consider myself an easy target or weak person. However, many of the cases of bullying are perpetrated by someone in a position of power or authority. Once I learned this, I saw exactly how so many people are bullied. Just so you know, peers and even subordinates have also been known to engage in bullying.

A bully is a person that is insecure, paranoid, and/or a control-freak. Their aim is to diminish, belittle and ultimately demolish their target through increasingly hostile behavior.

Here are five signs that you might be getting bullied at work:

Others in your job get treated great with exciting and desirable projects/assignment or perks like flextime or great travel assignment. Meanwhile you get the crappy work and have to beg for time off, or your classes and other requests are denied without good reason. I can relate to this one. 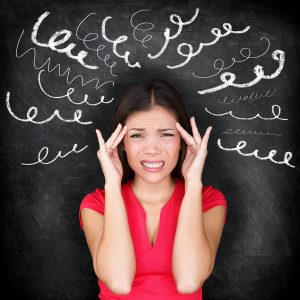 Say you’ve been given a directive with certain objectives for a project or assignment. You work hard only to find out, suddenly, that there’s a change in direction on the project. Your progress is not celebrated or applied to the new project. Forget about being acknowledged! This can also happen when your performance plan or goals change midstream.

This has also happened to me. I felt like I was thrown in a dark room to hit a target and all along it just kept getting moved!

All of the sudden, you’re excluded from meetings you once attended. Another thing that can happen is that you go away on leave or travel and you come back and decisions have been made without you and your co-workers are acting funny by avoiding you and keep interaction to a minimum. You also may find that you’re no longer invited to after hour informal outings.

You’re subject to negative, abusive language. Or you are putdown especially in meetings or other events. Verbal abuse can be more subtle than outwardly aggressive insults. Joking can also be a form of abuse if it leaves you feeling uncomfortable and/or putdown.

You work hard and produce excellent work and it is not acknowledged by your supervisor and/or they give the credit to others in a public setting such as a meeting. I think this may have happened to a lot of people including me. This really sucks!!!

It seems like from your supervisors perceptive, you can’t do anything right. Feedback is always given in the form of criticism and delivered in a way to make you feel bad about yourself. There’s no effort to provide guidance, mentoring, or encouragement.

As I mentioned, some of these things have happened to me. I took a lot of this madness because I thought it would change if I did a better job. After a while, I felt like I was in an abusive relationship. A past supervisor did some of the things above, then she would come around and ask me about my weekend or my family and we were cool again. This went on for far too long. I had to finally say enough is enough. I moved on and never looked back. The major thing that I took from those experiences is to treat people with love and respect.

If you are in a miserable work situation, you might be putting your health at risk. If mentally, you’re drained and your energy is depleted or you’re sleeping more and find it hard to get out of bed, you might need to make a change. Bullying can lead to depression, anxiety, panic attacks, and mood swings.  There are also physical symptoms such as increased blood pressure, rapid heartbeat, sleeping troubles and loss of appetite (or excessive eating). In extreme cases, the effects of bullying can also lead to heart attacks and strokes.

Life is too short. If this is you, you need to make a change.

Have you ever been bullied at work? What was your experience like?

If you assume that somehow the person that hurt you really meant well, it’s much easier to forgive. I know it’s a hard stretch, but if you can master that you will be unstoppable in your career and in your personal life.

Recently, one of my staff member’s got an email from a senior executive completely throwing her under the bus. It was one of the nastiest emails I’ve seen in terms of ousting a person out for not doing their job.

My staff member did her job, and the executive was not willing to take responsibility for her actions. Instead she placed the blame elsewhere.

I replied to the email and thanked the executive for her response and simply let her know the next steps to getting the work done.

My staff person was NOT happy with my approach to the problem. I counseled her and told her exactly what I’m telling you- forgive. I also found out why she was so upset. She fears having a negative reputation at work manly because she’s on a temporary assignment and looking to be permanent. Understanding that, I reassured her that she is an excellent employee and all of her management knows it. Then I had her to decide the next day if she wanted me to follow up with the executive and talk to her on behave of my employee.

By the way, the executive has a bad reputation for shifting responsibility and throwing people under the bus.

The next day my staff person thanked me for remaining calm and taking the high road. The work got done and we moved on to the next assignment.

Earlier in my career I would have gotten into the cycle of responding to the negative behavior with negative behavior. It never served me in the past. Not only that, it almost always destroys relationships.

Have you had an experience at work where had an opportunity to forgive and didn’t? How did that work out for you?

My first article will post on Tuesday morning! I had to start all over with a new site, but it really is a blessing!

Welcome to my blog!!!

I started this blog to help people with professional and personal relationships. Relationships are key to enjoying life. It is my goal to provide valuable and practical content that will help you to improve all your relationships. By having great relationships, you will be able to live more fully.

I know that conflict is not enjoyable, but if you are courageous and strategic, conflict can serve you in your mission of being a great leader. 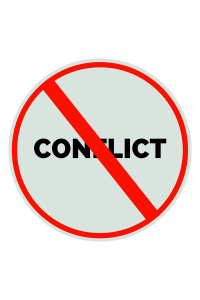 Don’t fear conflict, just embrace it, and welcome it.

Conflict at your job is unavoidable. If you try to run or hid from it, good luck getting away. It’s only going to track you down and make your life miserable.

I’ve seen countless people try to avoid conflict at work. What happens is it will make the most savvy professionals breakdown and self-destruct. Why? Because conflict rarely resolved itself. If you think that time will make it go away, it won’t. Time generally only makes unresolved conflict worst.

The only way to successfully deal with or manage conflict is to developing effective conflict resolution skill sets. The alternative results in loss of productivity, increased stress, lack of creativity, the creation of barriers to cooperation and collaboration, and missed opportunities.

Has running from conflict helped you in the past? If yes, how so?

Have well have you managed conflict in the workplace or in your personal life?